September 29 (Reuters) – A human rights tribunal ruling ordering the Canadian government to compensate Indigenous children and families in foster care for discrimination should stand, a federal court ruled on Wednesday.

Prime Minister Justin Trudeau’s Liberal government appealed the 2019 court ruling, which ordered the government to pay C $ 40,000 ($ 23,100) to each affected child, the maximum allowed under the Canada Act. human rights. The court also said that with few exceptions, the children’s parents or grandparents would also be eligible for compensation.

“The parties must decide whether they will continue to sit by the side of the path or move forward in this spirit of reconciliation,” Favel wrote, referring to a native parable about a man sitting at the edge of a path so long as it develops and loses its way.

The court’s decision is expected to cost the federal government billions of dollars.

The Trudeau government could appeal the court ruling. In the past, his government has argued that although the human rights tribunal was correct in finding discrimination in the system, it has overstepped the mark in ordering compensation.

Indigenous Services Canada, the ministry responsible for foster children, did not immediately respond to a request for comment.

Cindy Blackstock, executive director of the First Nations Child and Family Caring Society that filed the original complaint, praised the decision, calling it “a complete rejection of all the government’s spurious arguments and a total victory for children.”

The Canadian government’s legal battles with Indigenous peoples have come under scrutiny following the discovery of hundreds of anonymous graves at the sites of former residential schools.

Until 1996, Canada’s residential school system separated children from their families and sent them to residential schools where they were malnourished, beaten and sexually assaulted in what the country’s Truth and Reconciliation Commission called “cultural genocide.” ” in 2015.

Reporting by Moira Warburton in Vancouver and Anna Mehler Paperny in Toronto; edited by Jonathan Oatis and Richard Pullin

Previous TalkTalk criticized by regulator for "misleading" advertising • The Register

Is an India free of witch-hunts possible 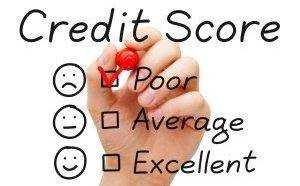