In his letter, the leader of the independent Senate group of the Liberals, Yuen Pao Woo, criticized the motion passed in the House of Commons which recognized “that genocide is being carried out by the People’s Republic of China against the Uyghurs and others. Turkish Muslims. . “

Senator Woo says MPs who voted were not informed and argues that Canada has no right to criticize China.

I find these claims to be factually incorrect and incredibly disturbing. As members of Parliament, we represent the will of the Canadian people.

The last thing we need is for a Canadian official to tell members of Parliament that we should be silent on the issues of grave concern to us.

I am writing this letter to set the record straight and defend votes in the Canadian Parliament to defend human rights around the world.

I would like to challenge the honorable senator’s insinuation that the passage of the motion was a demonstration of political sense rather than democracy at work.

Since 2018, the Subcommittee on International Human Rights, of which I am currently vice-chair, has heard shocking testimonies from witnesses and experts detailing serious human rights violations, including concentration camps, forced labor and violence. forced sterilization.

Based on studies and reports submitted to Parliament, the House of Commons voted 266-0 in February 2021 to declare the atrocities committed in Xinjiang as constituting genocide as defined by the UN.

To suggest that this motion was passed without sufficient time to consider its content or implications is disrespectful to our democratic institutions and simultaneously rejects the will of the Canadian people.

The senator says that because “China does not share our vision of individual freedoms”, we do not have the right to “teach the Chinese how they should govern themselves”.

As proof, he offers that Chinese citizens would be appalled to learn of our laws regarding physician-assisted dying.

To confuse this health policy with a state sponsored campaign to wipe out an entire race is frankly wrong.

He claims that China’s dictatorship is just as legitimate for Canadian democracy because polls show the Chinese are happy with their unelected rulers.

I shouldn’t need to explain to someone as educated as Senator Woo that a country that crushes protesters with tanks and censors all aspects of society cannot be considered more legitimate by the through a public opinion poll.

Finally, the senator draws comparisons between Canada’s past injustices and the ongoing genocide in Xinjiang, a strategy frequently used by Chinese Communist Party officials to deflect criticism and silence debate.

Canadians are well aware of the many injustices and horrific events in our history, but they also recognize that Canada and China today are nothing alike in the way they treat minority ethnic groups and human rights. anybody.

As a representative of the Canadian Senate, Mr. Woo should know that gross human rights violations are not to be confused with policies promoting individual freedoms.

He should also refrain from using Beijing’s talking points in his attacks on the Canadian House of Commons.

In this country we are fighting for justice and against tyranny. We are not looking for excuses to keep quiet.

Previous Why should India give instant loan for homes instead of personal use? 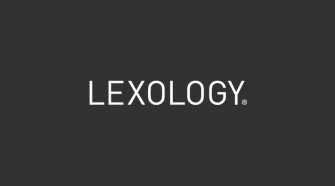