Construction on the new Legacy in Livermore, housing and retail development, has been temporarily halted, according to a statement shared by developer Legacy Partners on social media.

“Earlier this week, we were informed that Katerra, the entrepreneur for development, has filed for bankruptcy. Katerra provided both a performance and payment guarantee for the development and Legacy Partners contacted the surety company accordingly. Legacy is working with the surety company so that this development can continue with as few interruptions as possible, ”the statement said, which was also shared by the city on Facebook.

Katerra was contracted to complete construction of the mixed-use development on First Street and South L Street, consisting of a total of 222 apartments and approximately 14,000 square feet of retail space. However, the company has voluntarily filed a claim for relief under Chapter 11 of the U.S. Bankruptcy Code with the U.S. Bankruptcy Court for the Southern District of Texas, Katerra officials said in a statement.

“While a number of negative factors have led to Katerra’s current challenges, we are implementing initiatives on multiple fronts to maximize value and provide the best way forward for Katerra and her many stakeholders,” said Marc Liebman, Katerra’s chief transformation officer, in the statement.

He continued, “Our multi-step action plan has evolved rapidly and includes consolidating operations in the United States, continuing our international operations, promoting sales of key assets, securing DIP financing and the start of a process of judicial restructuring. We are grateful for the amazing work going on. and the support of the Katerra team and other key groups during this extremely difficult time. “

Officials at Legacy Partners said it has not yet been determined when development will resume, but they have confirmed that it will continue.

“Legacy Partners is not bankrupt. Katerra, the company responsible for carrying out the construction of the project, has filed for bankruptcy,” said David Eichler of Legacy Partners.

He added, “There is a payment and performance bond that Legacy Partners has paid as part of the project. Essentially, this means that the surety company now has to figure out how to relaunch development and finish construction.

The city said in its Facebook post that it had received “a number of requests” from community members on the status of the project in light of Katerra’s financial challenges.

“The bankruptcy of the general contractor for the Legacy project in Livermore is unfortunate but far from catastrophic,” Mayor Bob Woerner told The Weekly.

“The project is fully bonded and construction will resume as soon as the required legal and contractual permissions are obtained. It is in the interests of all parties to complete the project as soon as possible,” Woerner said. “I expect we will know more about the revised schedule in the near future. In the meantime, the city is ready to help if necessary.”

Construction at another Legacy Project site in Hayward has also been halted due to Katerra’s bankruptcy filing. 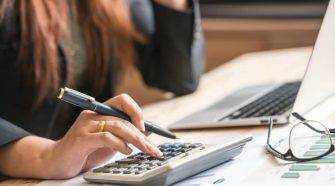