We hear a lot about Islam being distorted in the news these days. Reports of violence, discrimination and restrictions on women’s rights have led to the mistaken conclusion that human rights and democracy have no place in Islam. The heinous acts committed by irresponsible people who use Islam as a pretext to pursue their evil intentions have exacerbated this misrepresentation, defaming the true face of Islam as a religion of peace and blessing for the whole universe, Rahmatul Lil Alamin. As a result, the Muslim community living outside their country faces several issues such as Islamophobia, discrimination and racial profiling.

With the gradual spread of Islam, the relationship between Islam and democracy has continuously been the subject of scholarly debate. Both in the West and in the Muslim world, discourses on Islam, human rights and democracy have gained ground and become subjects of lively debate. The question of the compatibility of Islam and democracy is at the heart of this discourse as if the latter had no place in Islam.

For Muslims, Islam is a divine revelation, a complete set of moral principles and guidance from Almighty (theocentric) God. Human rights, on the other hand, are a set of values ​​produced with logic or co-related to a human orientation (ethnocentric) and associated with secularism due to the separation of the roles and functions of religion (church ) and state.

The arrival of Prophet Muhammad (PBUH) signified the freedom of mankind from all forms of human rights violations.

Therefore, if one considers Islam from a formalist point of view as a structural organizational system, democracy will be seen as incompatible with Islamic Shariah. In this case, a footnote is necessary. Islam is silent on the type of government (monarchy or republic) or the selection of a leader (musyawarah by council or baith or appointment). Both were used at a different time in the early years of Islam.

If someone views Islam as a set of substantial values ​​or principles that are essential to humanity, he or she will recognize that Islam and democracy are mutually reinforcing. Muslim scholars and historians should be credited in this respect by demonstrating that the arrival of Prophet Muhammad (PBUH) signified the freedom of mankind from all forms of human rights violations. Due to its liberating theology, Islam is believed to create a stable basis for society by eradicating Jâhili traditions and led to the establishment of the principles of human rights that we know in modern times.

What we found fascinating is that Islamic values ​​such as egalitarianism (al mussawwa), justice (al addudiyah), pluralism (al-musyarakat), personal freedom and protection and tolerance (al tasamud) are not only found in the Holy Quran. but also manifest themselves in the 6th century Charter of Medina.

To put things into context, comparable ideas were articulated in the Magna Carta in the 12th century or six centuries later. The United Nations did not adopt the Universal Declaration of Human Rights (UDHR) until 1948. Given this long interval, it would not be an exaggeration to say that the Charter of Medina was well ahead of its time. This is something the Muslim community should be proud of and reflects the development of effective ways to encourage its implementation in today’s environment.

Fast forward to modern times, the OIC ratified the Declaration of Human Rights in Islam (DIHR) in 2010. The OIC further established the Independent Permanent Commission for Human Rights (IPHRC) and in February 2012, Indonesia had the honor of hosting the first session. of this august body. This positive step reflects the willingness of the OIC to adhere to the fundamental human rights principles of the UDHR.

Considering the above factors, it is quite evident that in terms of core values, Islam, human rights and democracy are not mutually reinforcing, but rather competing. Therefore, debates on the universality and cultural relativity of human rights from an Islamic perspective seem less relevant. Islam and modernity can coexist.

The most pressing challenge for the Muslim world is how to implement fundamental rights while preserving Islam as the source of energy to uphold duly earned rights in all aspects of human life. Equally crucial is how Muslim-majority countries can provide guarantees for their citizens to exercise their constitutional rights freely and responsibly through democratic processes in order to deliver socio-economic benefits to the society and to the nation.

The Muslim world, as in other parts of the globe, is in the throes of change, with its youth facing cultural disorientation. The incredible expansion of social media in the 21st century means that people’s thoughts are more powerful than ever before. As people seek more political space and more engagement in shaping their future, effective government requires the support of civil society, as well as a strong belief in and relentless encouragement of democracy. .

It should be noted that the Islamic indices recognize the importance of Islamic principles and teachings of the Holy Quran and hadith in establishing successful institutions and improving the governance of the Islamic State. Islamic indices include good governance and the rule of law, freedom and fair opportunities for self-development, and a free market and high economic performance.

However, we should not be offended by these findings, but rather use them as a reflection to improve the status and conditions of people in the Muslim world, thus honoring the moral inspiration of Madani society. The OIC charted a course to close the women empowerment gap with the adoption of the Plan of Action for the Advancement of Women in 2016. The Plan of Action outlines measures to mainstream gender equality in education, health and the promotion of women’s economic empowerment. The OIC also passed a series of resolutions last year urging members to pay special attention to women in economic adjustment efforts throughout the COVID pandemic and beyond.

Human talent works best in an enabling environment, which opens avenues for socio-economic progress and development. While Islam and democracy are mutually reinforcing, a broad democratic approach and sharing of lessons learned would certainly help the Muslim world to strengthen its common commitments and practices of Islam as a religion of peace and blessing for all. humanity, Rahmatul Lil-Alamin.

The writer is Indonesian Ambassador to Pakistan. 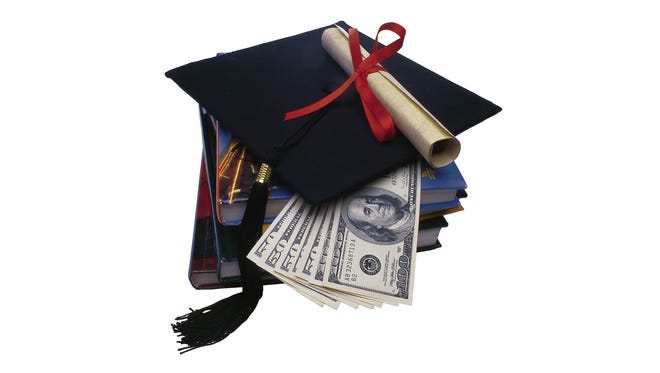 Release of debts related to divorce | law of the free man