Spain: bankruptcy reform bill is not to everyone’s taste

Housing alternatives should not be disparaged, even if they are not a perfect solution

Human rights must be at heart of new biodiversity framework, experts say


President Michael D Higgins delivered a moving speech at an online academic freedom conference this week. He suggested that we risk losing not only academic freedom at the level of the individual researcher, but also the institution of the university itself.

In melancholy lines reminiscent of Philip Larkin’s poem Church Going, he wondered if the great universities of the world, much like the stones left on monastic sites, would over time become mere tourist attractions? Will the visitor know tales of places where lectures were given, and brilliant exhibits encountered, a bit like tourists walking through the cloisters of abbeys being told about the place where vespers were once sung? ?

While forgiving the rhetorical blossoming which ignores that today vespers are sung daily in the abbeys, the president is right. He blames market forces and utilitarianism, which have led university executives to describe themselves as executives of multi-million dollar companies, rather than academics first and foremost.

The problem is that chronic underfunding leads not only to intransigent corporate-led utilitarianism, but also to increasingly close ties to regimes with questionable human rights records.

The President was speaking at a conference hosted by Scholars at Risk, Europe regarding academic freedom and intellectual dissent. There are places in the world where speaking out as an academic risks dismissal, jail or even death.

For example, university professors are among the targets of China’s crackdown on Uyghur Muslims. There is credible evidence of perhaps a million people forcibly imprisoned in vocational training camps, followed by massive transfers of labor.

In 2019, the Australian Strategic Policy Institute raised concerns about Huawei’s involvement in monitoring the Uyghur minority and the use by three of Huawei’s contractors of forced Uyghur labor.

Last December, Huawei wrote to Defense Minister Simon Coveney, asking for his full support in “mitigating the damage caused” by an academic article by Dr Richard Maher suggesting that Huawei had “murky ties” with the Chinese government, this which left him susceptible to pressure.

UCD President Andrew Deeks described a letter from UCD academics expressing concern over Huawei’s contact with Coveney as an overreaction to Huawei’s overreaction.

In April, a UCD working group had to drop a proposal to change its academic freedom policy to allow “different interpretations”. The academics responded forcefully and the proposed change was scrapped, but it is frightening that it was even proposed.

China is at the forefront of academic research in many disciplines and the world’s second-largest economy. The possibilities for collaboration would be exciting if the price to be paid was not selective blindness to human rights violations.

Students from outside the European Economic Area, including many from China, pay much higher fees. Concern grew when the pandemic prevented international students from coming here, leading to even larger funding gaps.

As it will take years for the Irish economy to recover from the effects of the pandemic, financial pressures on universities will only get worse.

As UCD history professor Diarmaid Ferriter said, it raises questions about whether UCD would be willing to forgo significant funds to preserve a strong commitment to free speech. without compromise. loan I would add all the more that this can lead to job losses and the inability to offer the same range of courses.

UCC has abandoned a collaboration with a Chinese university, but each college in NUI has strong ties to China, ranging from joint colleges established in China in collaboration with Chinese educational institutions to encouraging Chinese students to study. here.

It is a modest proposal, but even it risks eliciting angry reactions from China.

The president had another modest proposal: that each university teach each student a module on the role of a university. Unfortunately, while market-driven utilitarianism reigns, such a course is likely to inspire only cynicism among students. However, this could lead to a much needed questioning among those who shape our third level institutions. 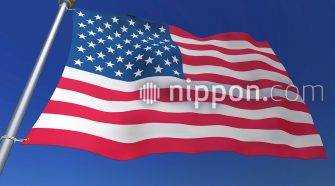